Overview:
The al-Zakaria Trading Company’s business began in 1962, when Mohammad Yahya Zakaria, its founder and chairman, met with then-ruler of Dubai, Sheikh Rashid Al Maktoum, and the Al Owais family in the UAE to bring Pepsi Cola to the region. Under the management of Mohammad Zakaria as CEO and founder of Dubai Refreshment, the company became a Pepsi commercial hub in the Persian Gulf region.
Today, Zakaria invests and cooperates with international brands in various fields. Including:
• Medical equipment and supplies
• Independent Real Estate Advisor
• Transportation
• Partnership
• Consumer goods
• Investment
The company is headquartered in Dubai and has expanded into Arab countries from Oman to Morocco.

Zakaria Trading Company works directly with Gulf-Israel Green Ventures, an Israeli institution seeking to create joint ventures in the field of “green and renewable” industries. The director of the company is Asher Fredman. In addition to managing the company, Fredman is also the director of the Israel section of the Abraham Accord Peace Institute.

Fredman also works in the following institutions:
• Founder of the Israeli-Emirati Forum, another communication mechanism between the Israeli and the UAE regimes
• Director of the Fredman Strategy Group, an international consulting firm focused on strategy, business development, and communications
• Research fellow at the Kohelet Policy Forum, an Israeli company operating in the field of international relations and public diplomacy
• Founding member of the UAE-Israel Business Council
Fredman has also served in the now-defunct Israeli Ministry of Strategy. The ministry, whose main objective was to organize campaigns against the pro-Palestine Boycott, Divest & Sanctions (BDS) movement, has been now merged with the Israeli Foreign Ministry. Fredman’s affiliation with the defunct anti-BDS ministry is consistent with his current activities, effectively seeking to counter Israel’s growing international isolation by normalizing relations with despotic Arab regimes. 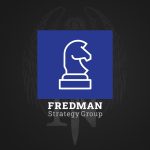 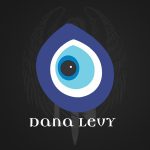