Overview:
Leshem spent her childhood in Reut, Israel, and Pennsylvania, USA. She joined the Israeli military and climbed up various ranks in the army for seven years. Her activities include being an officer during an Israeli incursion against the Gaza Strip, ultimately reaching the rank of a major. From 2005 to 2011, she served as a reserve soldier in the Israeli Army Intelligence Unit.

Leshem then decided to give up military service and study psychology and business at IDC Herzliya and also move to South America. In 2014, after meeting former Israeli military intelligence operator-turned tech startup Amir Elichai, she entered the world of entrepreneurship.

Her meeting with Amir Elichai led to the establishment of a startup called Carbyne, which focused on public relations and emergency service organizations and executives in government. Ehud Barak, ex-prime minister of Israel set a budget of $ 1.5 million for the startup, which is, however, a small amount of the $ 40 million that the startup initially raised. Convicted pedophile and suspected Israeli intelligence asset Jeffery Epstein along with Palantir espionage systems and Paypal co-founder Peter Thiel also funded Carbyne. It is worth noting that Pinhas Buchris, formerly Israel’s IDF unit 8200 intelligence commander and director-general of the Ministry of Defense was also a founding stakeholder in the company.

After four and a half years at Carbyne, Leshem continued to work as a shareholder in the organization but ultimately came to work at the Mobileye Institute in the United States.

Working at the private Israeli-led Black Cube intelligence firm, Leshem developed a working relationship with Eric Prince, the founder of the notorious Blackwater private military company. She consequently joined Eric’s Frontier Resource Group as Business Development Manager. A year and a half later, the two co-founded COMframe. Having access to Israeli military technology, the company seeks to penetrate the US market and expand contacts of Israeli defense companies with American companies, both government and civilian.

In addition, Leshem joined SkyX in 2020 as a director. SkyX is an American organization that focuses on drones and airborne data collection.
Leshem also joined the UAE-Israel Business Council (UIBC) in 2020. The UIBC is the central and largest economic organization formed in the field of economical connections between the UAE and Israel. The council began operations immediately after the “Abraham Accords” between the two countries in August 2020.

Overview: The Fluence Company works in technical and engineering services of water and sewage…

Overview:Strauss is an Israeli food company and a world leader in the coffee and…

Overview:The AHAVA Cosmetics Company is engaged in the conversion of seabed minerals into health… 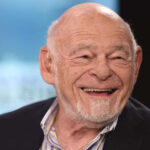